Everything You Need To Know About Michael Jackson Thriller Jacket 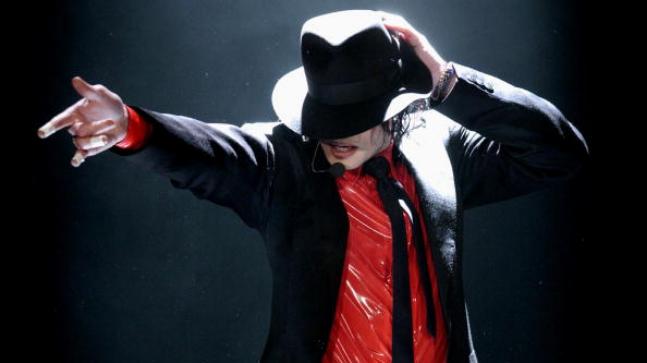 When you hear the name of Michael Jackson, there is not just a single thought that comes to mind. There are numerous amount of things that he acquired throughout his life and a number of things that are now associated with his personality. Whether it is about being the best singer, songwriter, dancer, originator of Moon Walk, and being a dedicated professional, all of it is what he owned and still does. However, one thing that will be thought of every time MJ’s name comes up is his all-time hit album Thriller!

The famous album Thriller released in 1982 has gained a lot of attention since then for a number of reasons. Hence, we wanted to dedicate our time and energy in identifying aspects due to which it was such a hit, and how it received 8 Granny awards in just a year. This blog will cover one such aspect of the music album in order to give you a detailed account of that pointer. What comes to your mind when you think about the title music video of the album thriller? Well, apart from the walking dead and Michael as one of those obviously. It is nothing but the ultimate red and black Michael Jackson Thriller Jacket and this is exactly what we want to talk about. We can never forget what a gem MJ was and we can certainly not forget how he completely rocked his look in the Thriller short movie song. Hence, here is everything you need to know about that jacket from the 1982 hit; from the design details to auction and what happened to it, we have covered it all:

Deborah Landis is the face behind the design of this ultimate jacket which will never go out of fashion by the way. Whenever we see a piece of art, whether it is a painting, a sketch or a literary piece, the first question that comes to mind is that who is the creator/writer of this utterly beautiful piece? The same is the case with clothes, or at least it should be. While it also depends on the person wearing it, the credit should also be given to the one who created it, the person who does the hard work off the screen and makes sure that the style would suit the star on screen!

Deborah Landis is known for her work in various movies but even when she was asked about the Thriller Jacket, she accepted that it was one of those works that she is most satisfied and contained with. The reason behind giving such a statement is because any other creation that she has done for a number of films if she looks back at them, might have a couple of edits in mind for the design. However, when asked about this jacket, she instantly agreed that she would not change a single detail about it. Well, this speaks much about the significance of it!

When in conversation with the designer and by a number of interviews that she gave for this jacket, it can be inferred that the costume was designed with utter detailing. The approach that she took for it is called reductive design. Deborah emphasized on the fact that reductive design is the way through which she was able to decide exactly what and how the costume would look like.

Since the title video for the album is not just a video song but kind of a short movie with all the dialogues and a narrative that is going on, it was important to understand the dynamics of the whole situation rather than just the lyrics. She had to design a costume that would not only look appropriate in a theatre setting but also when the couple is walking on the street, singing and dancing happily (which by the way is the sweetest part of the whole video) and most importantly when MJ is with the zombies. Hence, through the reductive design, she was able to finalize the color red which MJ wore for the first time in his video songs back then.

Having a red color jacket is in itself a challenge. Not just because of the sharp color but because not everyone can wear it with the confidence MJ wore it with. Plus the black V in the design also plays a crucial role. It gives a feeling of confidence and forwardness for the character which was necessary, and it resonated with the whole idea and narrative that has been presented by the video.

Auction Of The Jacket

While there have been a number of brands who then replicated the design and you can still get it after decades of the original release in quite good quality, the auction of the original MJ Thriller Jacket was done back in 2011 at Julien’s Auction for an unexpected price of $1.8 million. The estimated price set earlier was around $200,000 to $400,000 but like any other MJ product, the price went much higher than the estimated one. Additionally, it was not just any other MJ product, it was “The Thriller Jacket” any price could be expected for such a priceless piece.

Furthermore, another reason why it got sold at such high price could be because of the fact that after MJ died back in 2009, people started to realize that there won’t be any more products that he would be able to wear and that could be auctioned later, hence, it’s better to preserve whatever is left!

This last part about the jacket is about two aspects of charity that are involved when it comes to the MJ Thriller Jacket. The first is the fact that a portion of the amount raised through this auction was used for the Shambala preserve, which is something MJ would be proud of. Secondly, the businessman who bought this jacket also planned on using it for children’s charity purpose by taking it around the world and raising money for the charity. Hence, we are satisfied that just like MJ’s music and dance, his costumes are also living and serving a purpose, even if he is not with us!